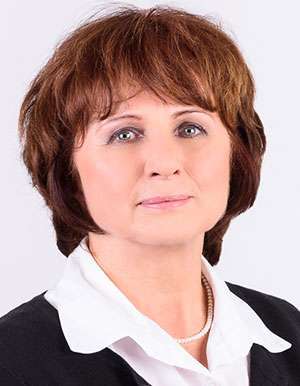 Ewa Balcerowicz has been co-founder CASE – Center for Social and Economic Research, an independent, non-profit research institute. Established in Warsaw in 1991, CASE today is recognized as the top think tank in Central and Eastern Europe and is one of the most highly regarded think tanks internationally. Ewa Balcerowicz was Vice-President of the Board from 1992 to 2004; afterward, she served as a President of the Board of CASE (2004-2008). Since June 2008 she holds the position of Chairwoman of the Supervisory Council.

She is Vice-President of the Association of Polish Economists (April 2016-).

The major field of her research and publications include: SME sector, environment for the development of the private sector, banking sector and insolvency systems, barriers of entry and exit in transforming economies of CEEC, innovation economics. She has participated in many international research projects and is the author and co-author of numerous publications.

She graduated in 1977 from the Warsaw School of Economics (SGH), then called the Main School of Planning and Statistics (SGPiS), where she also received her Ph.D. (1988).