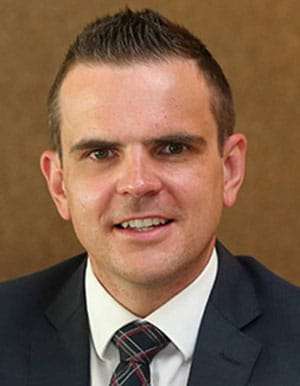 Matej Avbelj is an Associate Professor of European Law at the Graduate School of Government and European Studies, Slovenia, where he is heading the School’s Research Group. He also lectures at the European Faculty of Law as well as at the Faculty of Business Studies both in Ljubljana, Slovenia. As a public lawyer, he specializes in the fields of EU law, constitutional law, and legal theory.

He graduated from Ljubljana Faculty of Law, obtained an LL.M at NYU School of Law, and defended his Ph.D. at the European University Institute. He has lectured, inter alia, at the Masaryk University; Washington College of Law; Sant’ Anna School of Advanced Studies; Amsterdam Research Institute (University of Amsterdam); Mississippi College School of Law; Center for European Law and Legal Studies (University of Leeds); Institute of European and Comparative Law (University of Oxford), etc.

He has written extensively in the fields of EU law, constitutional law, and legal theory and he is currently working on two book projects commissioned by Hart Publishing and Edward Elgar. The first is dedicated to the study of the European Union under transnational law, whereas the second is a handbook on legal pluralism in the European Union (co-editor with Gareth Davies).

He has been awarded several fellowships and research grants: Hauser Scholarship for LLM Studies (NYU School of Law); Grant Award for the Ph.D. study at the European University Institute; Law and Society Graduate Student Workshop Grant (Montreal); SIAS Summer Institute Grant; Wissenschaftskolleg zu Berlin, (Berlin); SIAS Summer Institute Grant, University of Michigan, Ann Arbor (USA); Harvard University IGLP Workshop (Doha). He has been awarded twice a Jean Monnet Module by the European Commission. He has also been a recipient of the Slovenian Book Agency grant and has received three research grants by the Slovenian Research Agency: first, for a Bilateral Cooperation with the University of Zagreb, second for a post-doc project on the Post-Modern Challenges of Transnational Law for the European Union and a third for a project on the Reform of the Rule of Law and Democracy in Slovenia.

He is an active member of the Slovenian and international academic community. He has co-organized several successful research conferences, served as a member of an editorial board of various legal journals (German Law Journal, Dignitas), and participated in a number of professional international associations (FIDE, UACES, ESIL, ELI) and international academic projects. He has also acted as an adviser to the Slovenian National Assembly on constitutional amendments and served on the strategic boards of the Ministry of Justice and the Ministry of Foreign Affairs of the Republic of Slovenia. He is also active in various Slovenian civil society organizations.