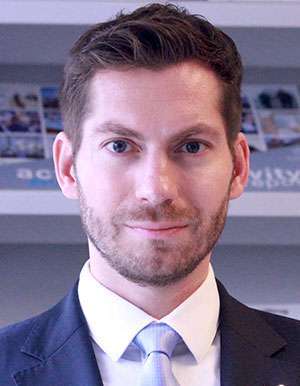 Mark Boris Andrijanič is a member of Uber’s Public Policy team in Central and Eastern Europe, where he leads Uber’s efforts to establish partnerships with governments and cities. Prior to joining Uber, Mark Boris was a Visiting Fellow at the Martens Centre for European Studies in Brussels, where his research focused on the EU’s foreign and energy policy. He worked closely with Members of the European Parliament and senior European Commission officials on some of the key policy issues facing the EU. Before coming to Brussels, Mark Boris advised the Government of Sierra Leone on natural resource governance reform. In his native Slovenia, he co-founded and led some of the leading NGOs aimed at promoting active citizenship and entrepreneurship. Mark Boris was a speaker at various international conferences in Europe and the US and has published in the European View, an international journal published by Springer. He became a David Rockefeller Fellow at the Trilateral Commission and Millennium Fellow at the Atlantic Council in 2017. He received his Master’s in public policy from the University of Oxford and has a degree in law from the University of Ljubljana.