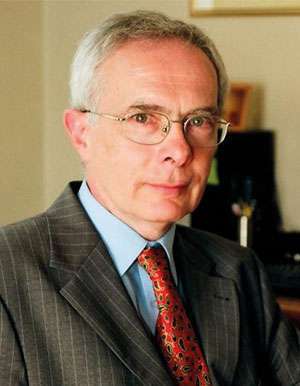 At present, he is Director of the Institute of Economics and Chairman of Economic Policy Department at the Corvinus University of Budapest, and Doctor of the Hungarian Academy of Sciences since 2014.

A graduate of Budapest University of Economics (1975), he first worked for the Budapest Institute of Planning as a research economist, taught economics in Hungary, and as visiting lecturer in the US. After the democratic changes, he became Cabinet Minister for Industry and Trade (1990-1991), was elected governor of the Hungarian National Bank (1991-1994), and later served as a board member at EBRD, London (1995-1998). Since his return from EBRD, Dr. Bod has been teaching at Corvinus University and elsewhere (inc. Marburg University, University Viadrina (Frankfurt/Oder), ESSCA-Budapest, Karoli Gaspar Calvinist University – Budapest).

Professor Bod is a vice chairman of the Hungarian Economic Society, sits in editorial boards of professional journals and in supervisory boards of major companies in Hungary. He is chairman of the Budapest Economy Club.